4
whats being lost in the 8 minute final drive while down by two scores is the fact that Muschamp in back to back weeks kicked a FG while down multiple scores instead of going for the TD. The drive was so bad that everyone has apparently forgotten that he sent Parker White out on 4th down when we were down 24 fricking points. Covid plz take this man.
Back to top
Reply
Replies (3)
OptionsTop
Replies (3)
Share:

re: Final drive was brilliantPosted by Lonnie Utah on 10/5/20 at 9:17 am to GameCocky88
I can understand the logic. We were going to need the points either way. I'd rather come away with 3 than zero.

Where I DO have a beef is that with 90 second left in the fist 1/2, we basically take a knee. Now I understand we were on the 3 yard line, but not scoring there equaled 21 point swing in the score.
Back to top
Reply
Replies (1)
OptionsTop
Replies (1)

Moral Victory U.
Back to top
Reply
Replies (1)
OptionsTop
Replies (1)

on 10/5/20 at 10:04 am to SCgamecock2988
I have this conspiracy theory that Muschamp is going straight Pete rose style and coaching to cover the spread.
Back to top
Reply
Replies (0)
OptionsTop
Replies (0)

re: Final drive was brilliantPosted by KingSlayer


Do you feel like that's a mature or proper thing to post? Maybe it's time you take a step back for a while.
Back to top
Reply
Replies (2)
OptionsTop
Replies (2)

on 10/5/20 at 4:03 pm to KingSlayer
I'm going to be honest instead of proper. Its pretty clear Covid 19 or natural causes are the only shot we'll have at getting rid of that fricking retard.
Back to top
Reply
Replies (1)
OptionsTop
Replies (1)

on 10/5/20 at 4:53 pm to HalfCocked
Kinda random but Ray Tanner is actively blocking our own fans on twitter.

on 10/5/20 at 5:29 pm to Carolina_Girl
Really, I'm pretty sure they're not putting positive comments in his box.
Back to top
Reply
Replies (1)
OptionsTop
Replies (1)

on 10/5/20 at 6:14 pm to HalfCocked
He hasn't actually tweeted anything since September. He must be googling his name and is being directed to twitter over and over and over.

And no, the things being said are hardly positive. I'm anxiously awaiting my Cock block.
Back to top
Reply
Replies (0)
OptionsTop
Replies (0)

re: Final drive was brilliantPosted by Cocky_11 on 10/5/20 at 7:34 pm to GameCocky88
Someone posted about Heath Cline on the radio today and tried to sum it up
“How can they say after the UT game that we were going to get the ball back with under 2 minutes left and drive 70-80 yards for a TD (the reason they kicked that late FG) and then turn around in week two and prove they have NO 2 minute drill offense on the last possession of the game. I could not put my finger on exactly why that Florida loss and the way we MISSmanaged the clock on the last drive bothered me so much more than the UT decission- which made some sense to me on the surface after that game- but he nailed it. Either you HAVE a two minute drill and the UT decision makes sense... Or your offense is what they showed us late in the UF game= incapable of going fast. Trying it explain it one way after a loss week one and showing us it was a LIE during the week 2 game in unacceptable. It leaves people feeling like they cannot trust anything the coaches say and their excuses are just made up each week to disguise the most recent failures.”
This post was edited on 10/5 at 7:35 pm
Back to top
Reply
Replies (3)
OptionsTop
Replies (3)

to Everyone
Advertisement
Back to top
Carolina_Girl 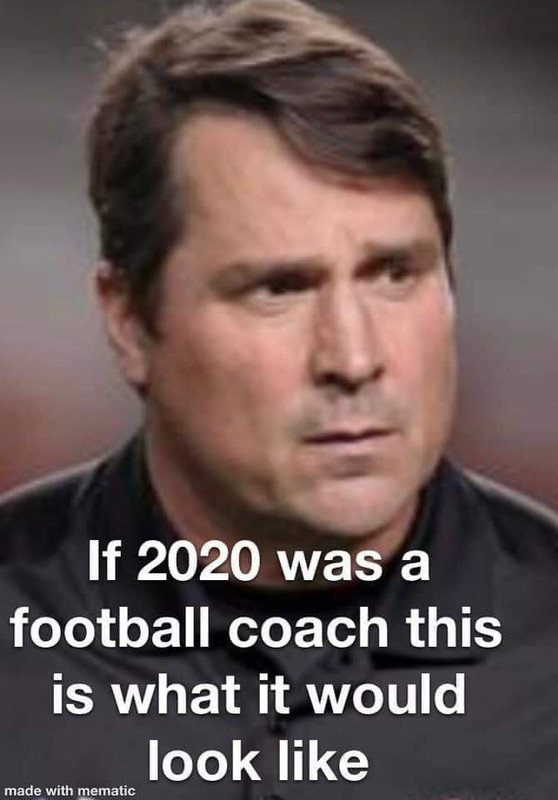 Muschamp is a complete full on retard incapable of getting out of his own way. He hires his UGA alum buddies out of familiarity and milks us to keep them all employed. And he doesn't give a flying frick about every winning here. As he knows unlike Florida, mediocrity will get him a another decade extension this year. Because our AD is also a full on retard.
Back to top
Reply
Replies (0)
OptionsTop
Replies (0)

on 10/5/20 at 10:22 pm to KingSlayer
No one comes to this site for mature or proper posting. You're more than welcome to take a step back if you'd like
Back to top
Reply
Replies (2)
OptionsTop
Replies (2)

Legitimately, the number of games, that we've won, that required us to score a td in the final seconds of the game... 0

re: Final drive was brilliantPosted by KingSlayer

No one comes to this site for mature or proper posting. You're more than welcome to take a step back if you'd like

So edgy and brave. Instead of just saying, you know that was probably uncalled for and I shouldn't have said that part, you just excuse it by lowering the bar again. And I have taken a step back from here. Lots of people like myself who were here before you no longer post here. This used to be a nice alternative to Gamecock Central and Cockytalk. Last few years it's morphed into the same. But I guess as you say, people here don't want proper and mature. So have it, chief.
Back to top
Reply
Replies (0)
OptionsTop
Replies (0)

quote:
No one comes to this site for mature or proper posting. You're more than welcome to take a step back if you'd like

Surprisingly, in this world there are still a few of us that like to operate with just a little bit of decorum.

quote:
Is it too late to change my coronavirus wish?

Yo, it may be a small board but the reason it has largely worked is because it's not like CT or GC like KingSlayer stated.

I'm perfectly okay with people having and sharing whatever opinions they have of coaches, admins, players, etc. Doesn't matter if they are positive or negative or whether I personally agree with them or not.

With that said we're not accepting of posts that wishes such things on other posters or anyone else. Especially since we legitimately believe that one of our posters (SOSFan) might have come down with it.

Don't do it again.

In response to KingSlayer - I'm not entirely sure why we've lost some posters. I think part of it is just the absolute decline of our program and people just not wanting to post or talk about it as if they would when this program had some hope.

I also find some of the comments on the banter between posters a bit contradictory. Any actual personal insult or threat I get.

But the one hand I assume posters want to be able to disagree and banter and not domineer over what people say or what opinions they hold (I'm looking at you Cockytalk) but then when there's too much disagreement and people start getting snappy at each other you (and maybe others) hold the opinion that it forces people to leave the board. Which I find interesting because SOSFan was abrasive when he first came over and now you guys love him.

re: Final drive was brilliantPosted by Lonnie Utah on 10/6/20 at 9:51 am to theGarnetWay

quote:
Which I find interesting because SOSFan was abrasive when he first came over and now you guys love him.

I knew SOSFan at CT way before he migrated over here. The two of us had a lot of common ground.

re: Final drive was brilliantPosted by I Bleed Garnet

quote:
now you guys love him.