0
Well, beat the drum and hold the phone - the sun came out today!
We're born again, there's new grass on the field.
A-roundin' third, and headed for home, it's a brown-eyed handsome man;
Anyone can understand the way I feel.

It's that time again, boys and girls. Baseball is right around the corner. This thread is going to have a very different vibe to it than 2022.
Quick Recap for those living under a rock.

1. Everyone knew we were going to suck preseason. The question was could we do enough just to sneak into a regional.
2. Jim Schlossnagle said "frick yo expectations!" 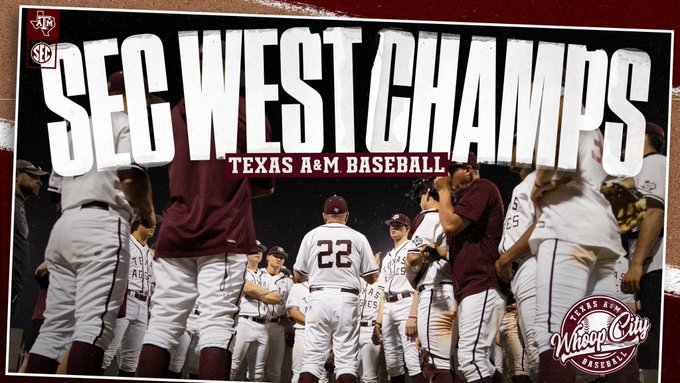 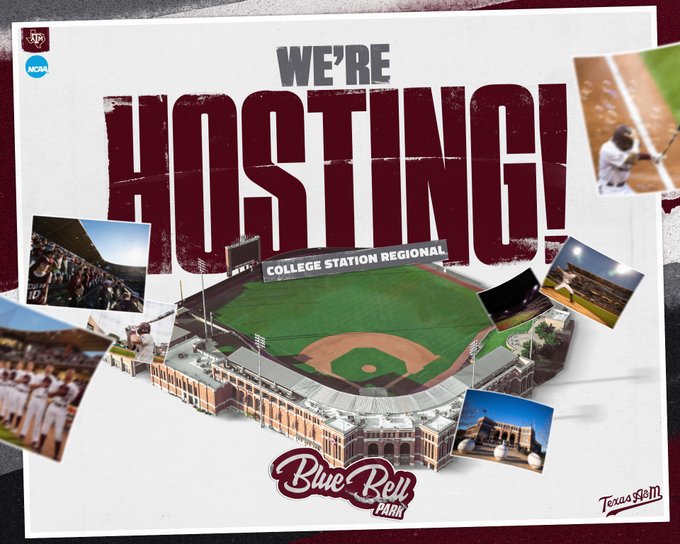 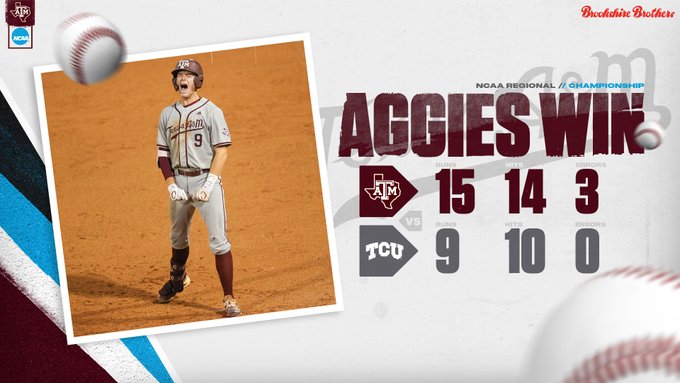 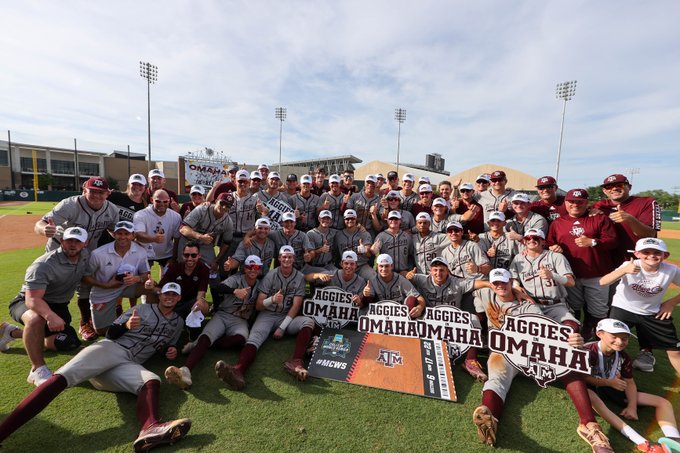 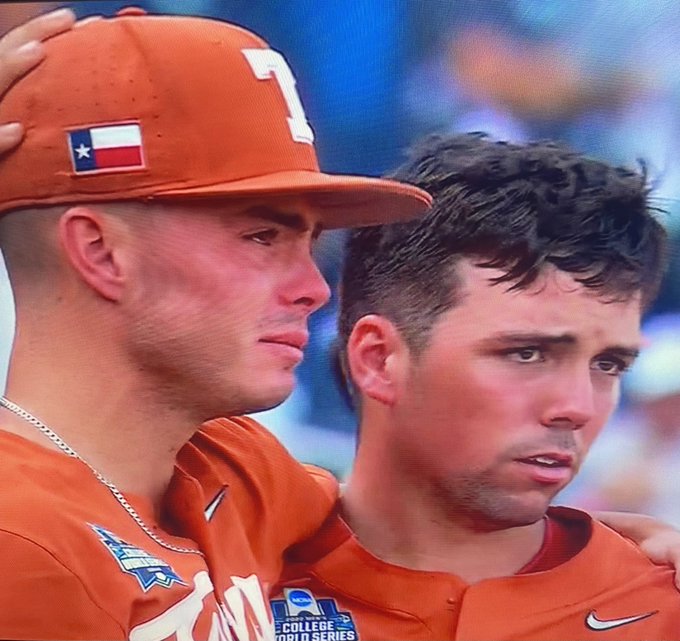 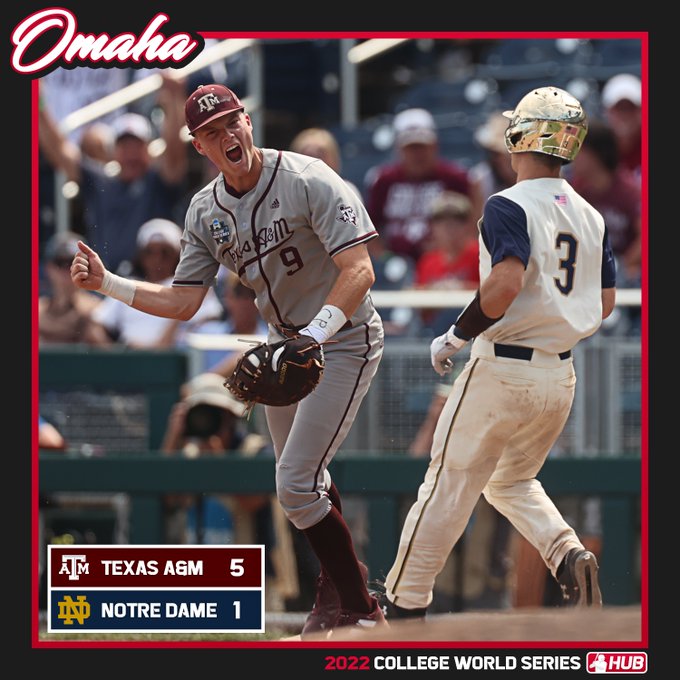 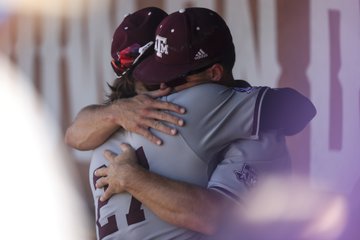 
We did lose some key pieces, but none were projected too highly at the next level. For reference, in 2021 it we lost our 3 top pitchers and best bat.

While they were undrafted, we had some additional losses.
-Troy Claunch - The Captain behind the dish
-Jake Polish - Turned into arguably our best pitcher
-Kale Kaler - Starting SS, but not exactly a key bat.
-Logan Britt - Solid OF contributor

Overall, I have to say we returned some big parts of the '22 team. Minnich, Bost, Werner, & Thompson all staying for their SR season is a huge plus. Between those 4 and Moss & Targac we should have 3rd, 2nd, 1st, CF, a corner OF spot, & DH locked up. That leaves SS, C, & a corner OF spot to the newcomers.

Our incoming freshman class was very solid. #7 per Collegiate Baseball & #12 per D1 Baseball. Jace LaViolette is the guy to watch from that class. He should come in and start right away and bat in the top 5. Justin Lamkin is another. He could be in the weekend rotation. We also have a bit of baseball royalty. Jeff Kent's son, Kaeden Kent is on the team. He'll compete for a starting job at short or maybe DH.

Similarly, our incoming transfer class was very solid too. #9 per D1 Baseball. The #1 needs from this class were pitching depth, a starting catcher, and options at SS. I think Schloss filled those. He added Joe Powell from Cincy behind the dish but he retired... so it's up to 1 of the 2 JUCO transfers in JD Gregson and Hank Bard. I believe Gregson has the edge. Troy Wansing from Purdue will compete for a weekend spot. Then we have Matt Dillard from Sam, Brandyn Garcia from Quinnipiac, & Carson Lambert from USC all bolstering the bullpen. Finally, we snagged a high-end glove from ASU in Hunter Haas. He was a freshman AA at third, but will likely be our starting SS.

The hype is here. Expectations are set high. 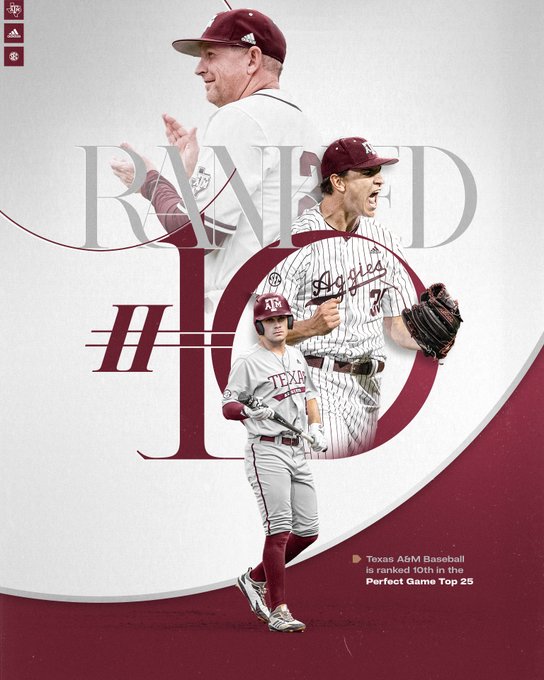 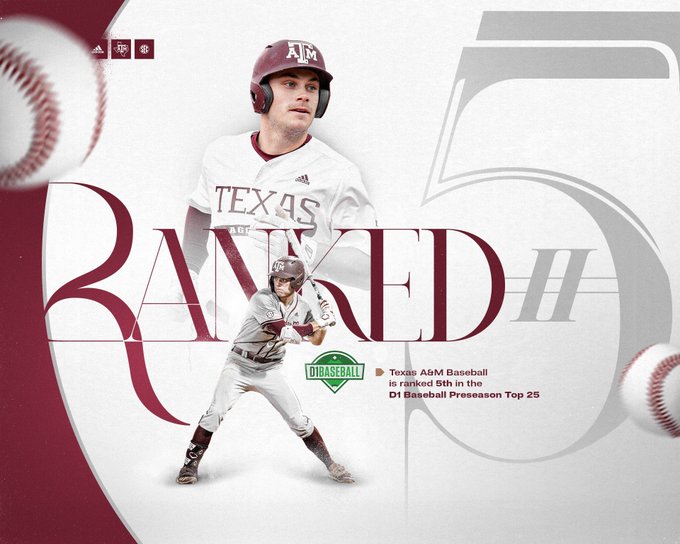 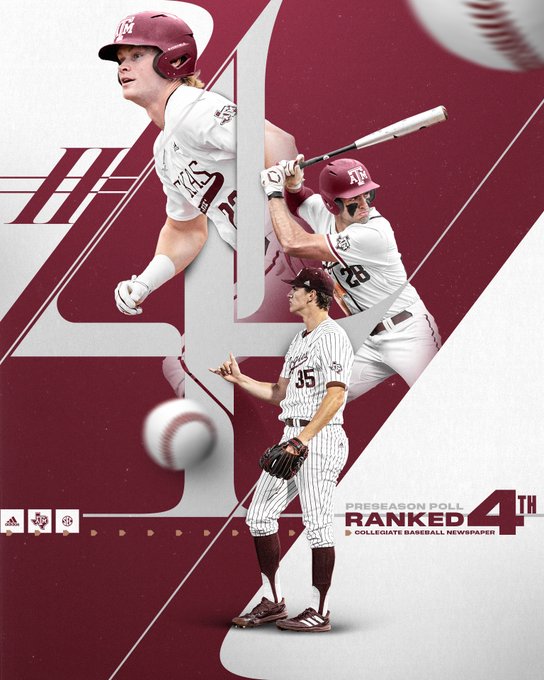 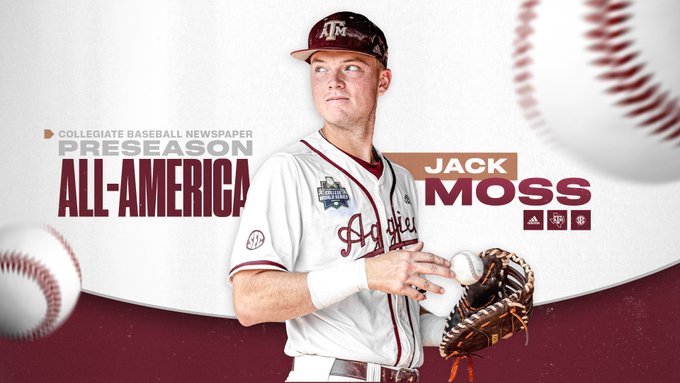 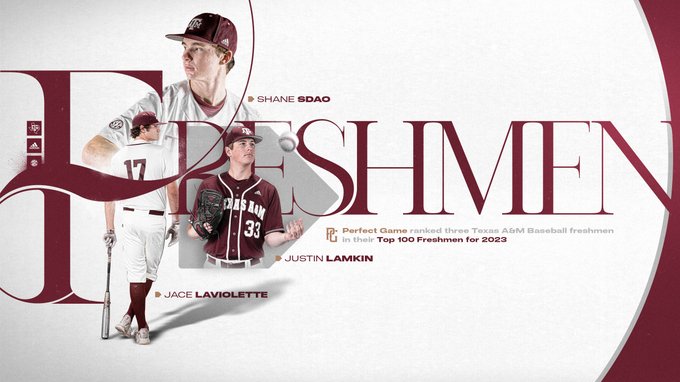 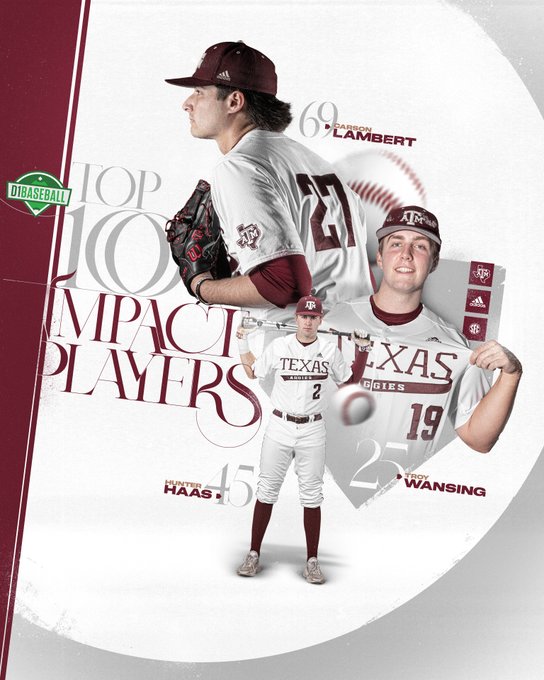 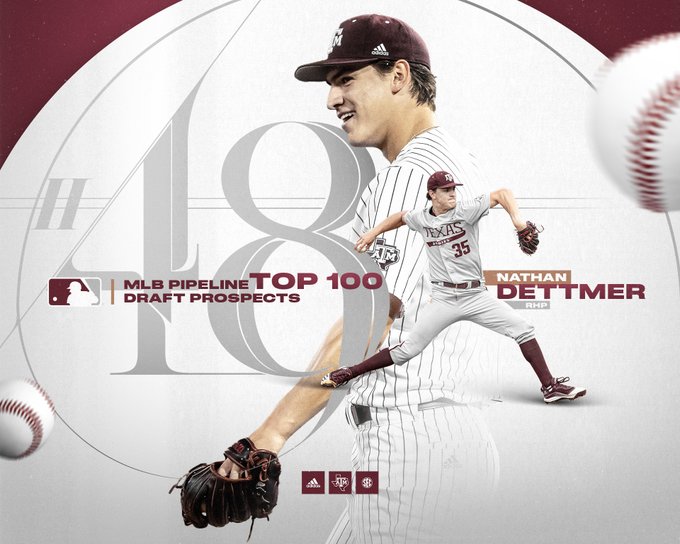 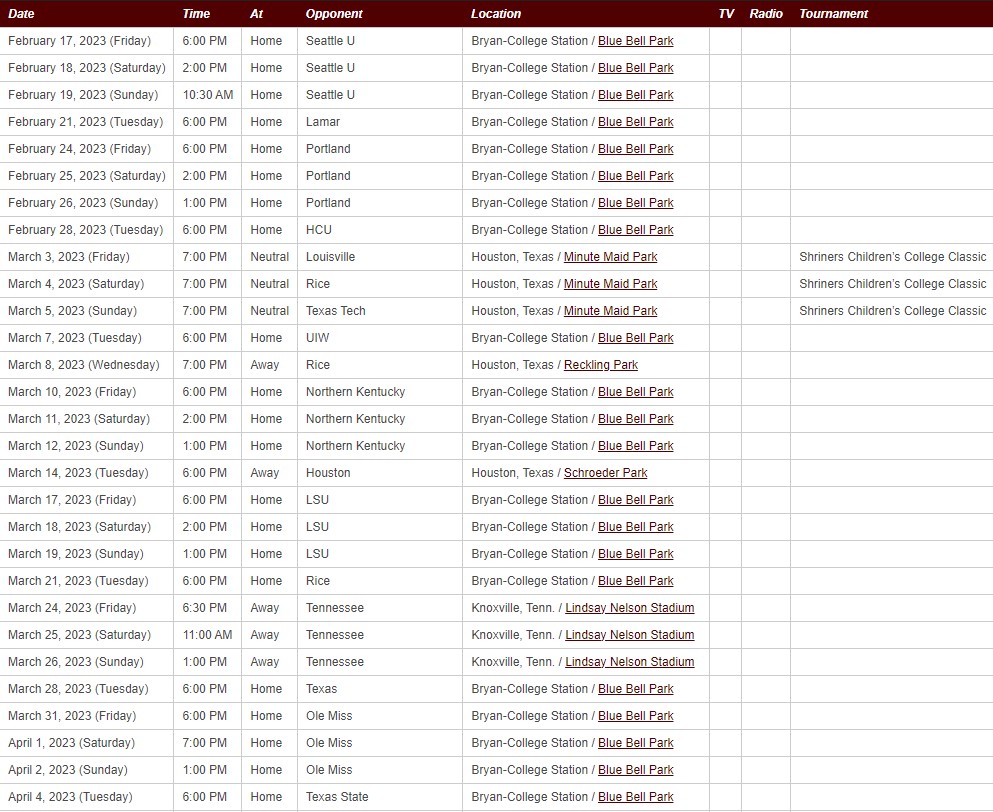 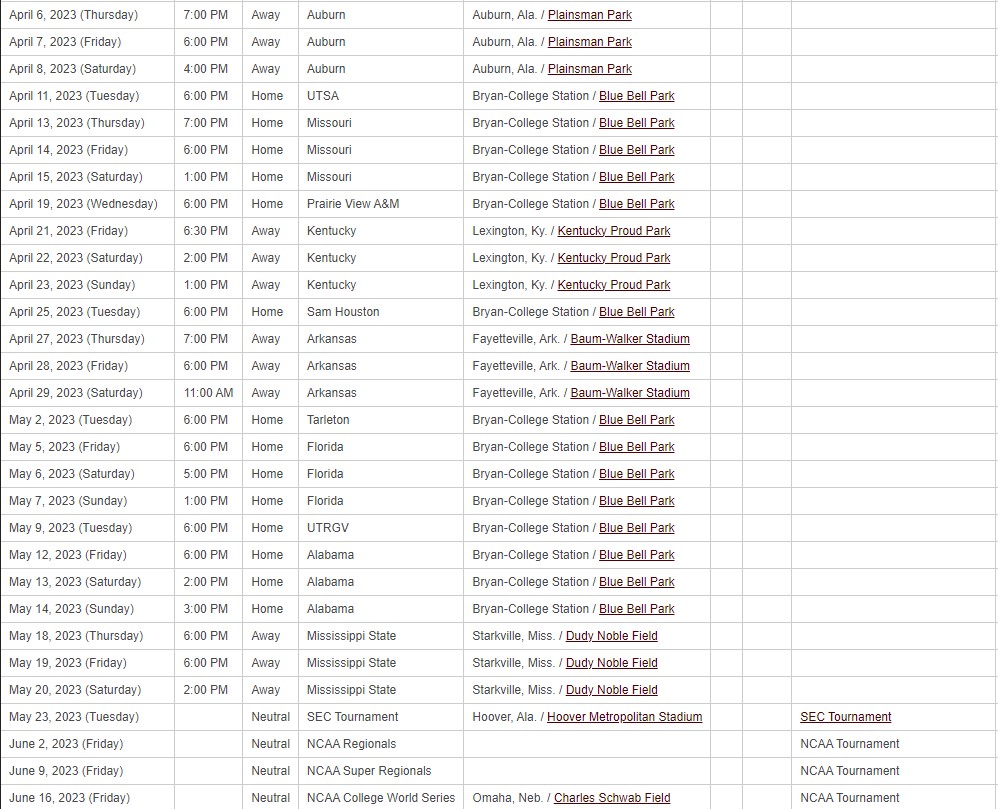 on 1/18/23 at 11:27 am to Captain Crown
So interesting to read this post while it is pounding snow outside. Ready for baseball season!
Back to top
Reply
Replies (1)
OptionsTop
Replies (1)

on 1/18/23 at 1:50 pm to ColoradoAg
I know good players can put up gaudy numbers in high school, but it's still impressive.

My guess is the kid starts on Tuesday and eventually moves into the rotation.
Back to top
Reply
Replies (0)
OptionsTop
Replies (0)

to Everyone
Advertisement
Back to top
ColoradoAg

on 1/18/23 at 3:42 pm to EKG
I am bullish on the baseball team. I think our recruiting class is amazing for the amount of time that Schloss has had on the job. He's bar none that best "coach" at A&M.
Back to top
Reply
Replies (1)
OptionsTop
Replies (1)

on 1/18/23 at 5:30 pm to ColoradoAg
I’m trying to temper my expectations for this team but it’s hard given how successful they were last year
Back to top
Reply
Replies (1)
OptionsTop
Replies (1)

on 1/19/23 at 10:20 am to Ag_16
Ag_16 - the SEC West is incredibly tough. I am tempering my expectations because LSU will be incredibly talented, and Tennessee will be great as well. Ole Miss will be talented but inconsistent. MSU, I have zero idea. Same goes for Arkansas.
Back to top
Reply
Replies (1)
OptionsTop
Replies (1)

on 1/27/23 at 12:04 pm to ColoradoAg
Tickets have been going on sale to donors (finally made it to my level) and pretty much all seating is gone and only SRO/Lawn is available. I am happy about the state of the program but annoyed I am going to have to spend some cheddar to get real seats this year. Snagged Tuesday night tix to the tu game. That always gets nuts.
Back to top
Reply
Replies (1)
OptionsTop
Replies (1)

on 1/27/23 at 1:53 pm to Farmer1906
That is always the case with CWS appearance. Especially with the baseball improvements Schloss is seeking and his extraordinary first year results
Back to top
Reply
Replies (1)
OptionsTop
Replies (1)