re: Underrated recruit who was a beast at your school??Posted by BranchDawg

Became the best DT in America. 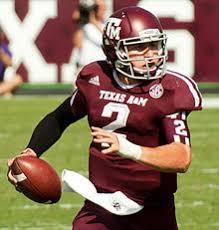 on 7/22/22 at 2:48 pm to ChuckUFarley
Well Missouri traditionally was unable to recruit players that were highly rated, so the MU list could be just about anyone who turned into a beast.

Of course 3-star recruit and Heisman finalist Chase Daniel would have to be on that list.

If we look at Mizzou players taken in the first round NFL draft as objective "beast" criteria here some others:

and then these 1st round NFL selections:

Essentially a foreign exchange student from France who played Rugby. He never played football before.

He walked on to the UGA football team in 1985 and after 4 seasons was the career sack leader in UGA history with 29 (pollack broke the record with 36). He had 4 seasons in the NFl and then played professional rugby for an addition 7 seasons. He won the rugby world cup with the US team in 1999.
Back to top
Reply
Replies (1)
OptionsTop
Replies (1)


If anybody remembers Rod Smith, he was Auburn's leading receiver in 07 and 08, he started as a walk on
Back to top
Reply
Replies (0)
OptionsTop
Replies (0)

quote:
Willis was unbelievable. Didnt know he was only a 2 star.

I'm pretty sure Rivals had Willis as a 3 star. I think Deuce McAllister was a 2 star, though. Tuberville wanted him to play LB and it took Deuce begging him, as well as another teammate pleading to let him run the ball, in order for Wingnut to give him the shot at carrying the rock.
Back to top
Reply
Replies (0)
OptionsTop
Replies (0)

Posted by CedarChest on 7/22/22 at 3:38 pm to ChuckUFarley
David Pollack for sure. Alvin Toles at my high school went on to star at Tennessee. Was a first-round pick for the Saints but pretty much a bust in the nfl. He was a very good high school player who lead us to a state championship in Georgia, but I never thought he would be anything special in the SEC. Our coach was one of the best ever in Georgia high school ball, and most all his players were the best they were ever going to be when they graduated.
Back to top
Reply
Replies (0)
OptionsTop
Replies (0)

Andy Isabella wasn't on our roster, but he did beast at our stadium in 2018.

He was a zero star recruit at UMASS.

quote:
He was a 3 star prospect who didn’t start playing football until his senior year of high school. He hasn’t had a sub-1000 yard season since high school.


I remember that game during the Manziel era where he just went full beast mode out of nowhere against Bama and thinking "Who the hell is this guy?"
Back to top
Reply
Replies (0)
OptionsTop
Replies (0)