Colud we actually get rid of him for free?

0
Someone actually PAYING US $5M to take him off our hands?

on 9/19/22 at 5:41 am to AUveritas
It wouldn’t surprise me if he is ASU’s new coach next year but we will be paying in some way
Back to top
Reply
Replies (2)
OptionsTop
Replies (2)

Posted by trinidadtiger on 9/19/22 at 6:43 am to CorchJay
Corch is correct, most of these contracts include a differential, whereby if he signs with another school for 5 bucks and our contract is 10, we pay the other 5. I believe they also have to make a "market value" offer. Meaning they cant offer him a quarter and we have to pay the other nine million.

Harsin is a young guy. A lot is his fault, a lot, but he can also, and rightfully so, blame a lot on covid, with NIL and the Portal, the school being totally unprepared for NIL, the boosters not giving him any money to work with regarding NIL, etc. And land a decent gig.

If he hangs around and waits to be fired, he will be fired and to ride this thing into the ground for the money will make him a pariah and his options shrink from Arizona State to St. Paul High School.
Back to top
Reply
Replies (2)
OptionsTop
Replies (2)

on 9/19/22 at 6:51 am to trinidadtiger
Exactly. He still has some value now but it could get ugly if he sticks around and decides he wants to keep battling the big boys with his 3 stars and boise staff
Back to top
Reply
Replies (0)
OptionsTop
Replies (0)

quote:
...we will be paying in some way

I think we already are.
Back to top
Reply
Replies (0)
OptionsTop
Replies (0)

on 9/19/22 at 8:09 am to wareaglepete
Thamel seems to be who Harsin goes to in the media, it wouldnt surprise me for Harsin to have his agent to look in to it.
Back to top
Reply
Replies (1)
OptionsTop
Replies (1)

to Everyone
Advertisement
Back to top
Lee County Tiger

quote:
Who do we think started this rumor? Harsin or PTB? I'm sure it wasn't anyone close to ASU.

How do you think any coach's name ends up on one of these lists? 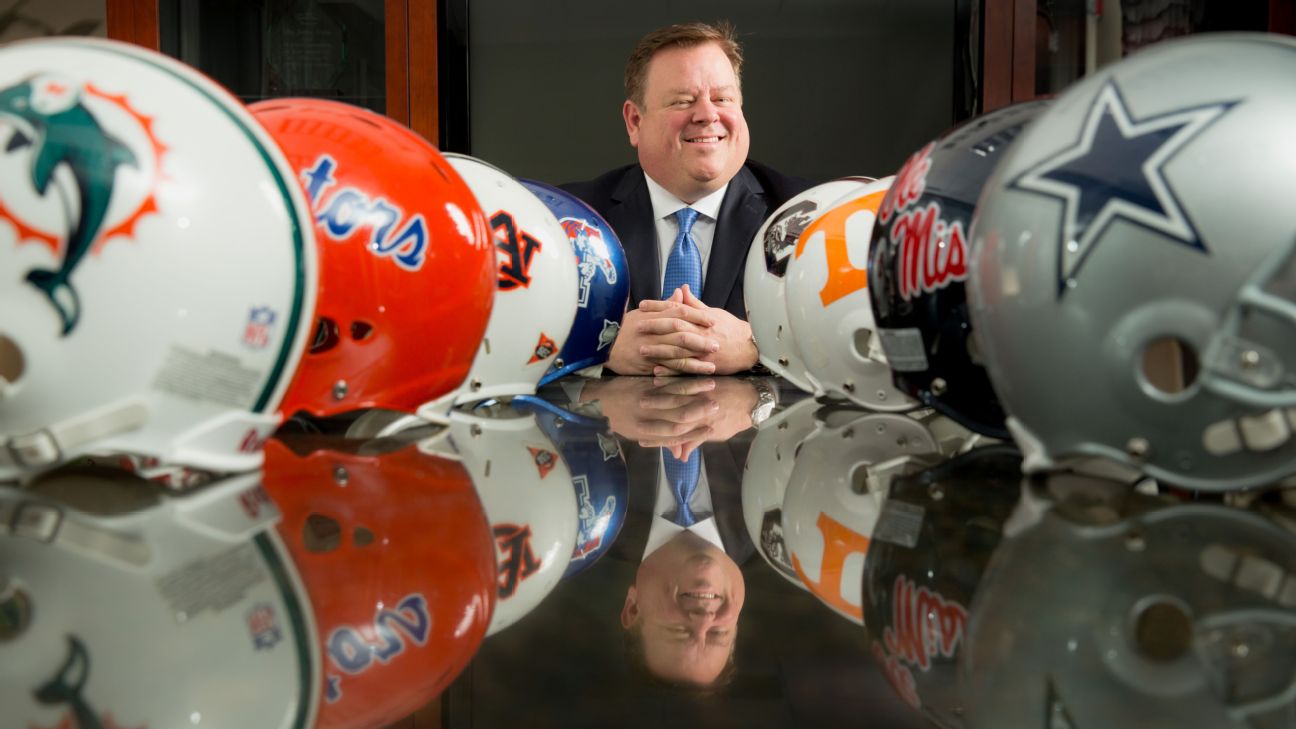 on 9/19/22 at 8:25 am to Poker Dough
With the narrative spin big media made about the Harsin and then ADAG. They will chalk it up as dysfunctional AU. I don’t think Harsin’s market value has changed much outside of SEC schools who see what is exactly going on. So small P5 of big G5 school I could see him easily landing at.

quote:
most of these contracts include a differential, whereby if he signs with another school for 5 bucks and our contract is 10, we pay the other 5.

I don't think Harsin's contract is setup that way. And Gus's was not either.

Malzahn still has a couple of years of 2.7 million.
Back to top
Reply
Replies (1)
OptionsTop
Replies (1)

We also work with a 117 million budget. I’m sure we can handle 3 mil a year going to and old staff for a couple years
Back to top
Reply
Replies (0)
OptionsTop
Replies (0)

It could be argued that ASU isnt a major HC program.

They havent won a conference championship or played in a major bowl since 1996, almost 3 decades ago.

Whats more, that conference may not even exist in a couple of years. And they weren’t even charter members. They were in the WAC with New Mexico and Wyoming until the late 70s.
This post was edited on 9/19 at 8:38 am
Back to top
Reply
Replies (1)
OptionsTop
Replies (1)

quote:
Penn State got a massive win and deserves all the credit for it, but the bigger story to me coming out of this game was how bad Auburn is.
Before we dive into the game, I had an awesome time at Auburn on Saturday and thanks to all of you who came by and said hi, including men’s basketball coach Bruce Pearl.

I’ve always loved Bruce Pearl and think he has a pretty good chance of winning a national title at Auburn before he retires. Here was our interview:


So let’s start on the Auburn side of the ball. The Tigers aren’t good on defense — Penn State sliced and diced them all day — but their quarterback play is a disaster. They don’t have anyone on the roster who can actually pass the football.

Given the existence of the transfer portal and the number of quarterbacks in it each year, this is grounds for firing Harsin by itself.

After watching LSU in the second half against Mississippi State, I think Missouri may be the only SEC team that Auburn truly matches up well with, and that’s only because Missouri looks truly awful.

It honestly would not surprise me if Auburn goes 1-7 or 2-6 in the SEC this year. In fact, I expect it.

Which means the question of whether Bryan Harsin gets fired is just a question of when, not if. Harsin is probably protected in the short term because Auburn has already fired the AD. Which means I’m not sure who can actually fire him.

But Harsin is going to be fired.

So who does Auburn go get whenever they can make a new hire? I’d make a hard run at Lane Kiffin and try to repeat the Tommy Tuberville hire from the 1990’s, but I’m not sure Kiffin would come. So who else is on the list? Hugh Freeze, Urban Meyer, Lance Leipold, Matt Campbell and Dave Clawson are all decent ideas.

But Harsin’s mercurial tenure, to me, feels over.

quote:
With the narrative spin big media made about the Harsin and then ADAG. They will chalk it up as dysfunctional AU. I don’t think Harsin’s market value has changed much outside of SEC schools who see what is exactly going on. So small P5 of big G5 school I could see him easily landing at.

I don't think this is true. There are bad things that are known about his time at Boise, and the stuff stemming from his stint here will be horrible as well. He also has a horrible reputation (or will by the time he's done here) in terms of his ability to work with others. He got the benefit of the doubt with the early press after the coup where the narrative was that "boosters screwed him", but you're already seeing media come out and flip the script after the Penn State debacle.

Don't discount the fact that Mason/Bobo are experienced coaches who have their own story to tell about their time here. Bryan Harsin has a lot of dirt on him, and we're basically in this position because Greene did no work in vetting him before running to make that hire.

The reason why he might still be of interest for a job like ASU is because that place is going to be a total rebuild with the NCAA shitshow. He does still have the reputation for being a "disciplinarian" type and lord knows that he doesn't believe in NIL or any of that stuff so that makes him safe from a recruiting perspective. In fact, he's a moron who thinks he can just win with table-scraps so he probably won't even mind the recruiting position that ASU will be in.
This post was edited on 9/19 at 10:32 am
Back to top
Reply
Replies (1)
OptionsTop
Replies (1)

on 9/19/22 at 10:33 am to Broadside Bob
I've been emailing his resume (minus his Auburn stint) to ADs across the country this morning.
Back to top
Reply
Replies (1)
OptionsTop
Replies (1)

on 9/19/22 at 10:38 am to metafour
I haven't watched any media outside of auburn circles and in the Auburn circles I haven't heard anyone say anything less then firing is the option. It's not if but when with most saying before the end of the season.

Former Auburn players are on the rampage.

I've never seen a "majority" of fans, former players, associates, turn so quickly from he was dealt a bad hand, to get ride of this guy now.
Back to top
Reply
Replies (1)
OptionsTop
Replies (1)