re: Snow dayPosted by Warrior Poet

on 2/19/21 at 10:26 pm to Texas Weazel
There’s more than her. It started several years ago with what’s her name — the filibuster senator from Dallas Wendy Davis. Then Beto. All of them. They are living off of national media coverage but don’t do shite for their constituents because they want to move up to DC and join that cesspool
Back to top
Reply
Replies (0)
OptionsTop
Replies (0)

re: Snow dayPosted by Warrior Poet

on 2/19/21 at 10:41 pm to Texas Weazel
Teachers have a strong lobby because they have learned over time that they routinely get fricked. They rarely get cost of living raises and the system admin are the only ones who make shite for money.

What you saying may be true but it’s totally off base from the actual people who suffer when their retirement and benefit funds get raided by the legislature.
Back to top
Reply
Replies (0)
OptionsTop
Replies (0)

re: Snow dayPosted by aggressor

quote:
quote:
He is no BS on how teachers keep getting screwed. He’s also a former teacher

Teachers act a lot like the Police Union. They like to use public sympathy to make noise for their personal benefit. Having worked in the education sector, I can tell you that the laziest/worst teachers are usually the loudest ones. They're also the ones paying union dues (which explains why
they're never fired). For these teachers, it's rarely ever about the kids and almost always about their own personal politics.

Unfortunately, it is not politically correct to call it like it is. A lot of parents treat schools like glorified day care centers. And the teacher's union knows this. Instead of calling a spade a spade, they would rather take advantage of our crumbling society and demand more money instead.

Yep. There are many great teachers who are selfless and don't make nearly what they are worth. The problem is the system that pays them and that they are bought into rewards tenure not performance and they are constantly dragged down by the lowest common denominator. The irony of course is that the best teachers often put money as a low priority for what motivates them. They would rather have more control over their classroom and what they can teach and to cut the bureaucracy (where massive amounts of the money goes). Unfortunately many don't see it and those who do are a minority or won't stand up to those who love a system that is easy for a mediocre teacher to abuse.

Of course the other little secret that no one seems to talk about is there is actually an inverse relationship to money spent per pupil and academic performance. If you look at these supposedly rich kid middle and high schools almost all of them spend far LESS per pupil than poor schools. Sometimes half. So you see the media constantly hammer on how much Texas spends per student but they put no context. They bury the data and focus on "Texas spends 36th in the Nation per capita" but they sure as hell don't want to talk about how often a poor performing teacher at a crap school makes more than a great teacher at a "rich kid" school. Realize that odds are if you are the child of parents who paid $20,000 a year in property taxes your school likely spends far less on you than an illegal alien in the Valley in terms of education.

The reality is you could pick up kids in a limo to take them to a palace of a school with every technological piece of equipment available and teachers that make a mint and it won't much matter if their parents (or often parent or "parent") DGAF, they have no discipline and no values. Oh, and the good teachers also know that. They would take a group of kids that actually have some manners and want to learn over an extra $10k to work with kids that have no interest in being there. Problem is you can't fix that with legislation and it requires a lot of uncomfortable conversations to deal with it.
This post was edited on 2/23 at 9:04 am
Back to top
Reply
Replies (0)
OptionsTop
Replies (0)

re: Snow dayPosted by gman1772

to Everyone
Advertisement
Back to top
Farmer1906

re: Snow dayPosted by Farmer1906

re: Snow dayPosted by Texas Weazel

re: Snow dayPosted by S on 2/28/21 at 4:41 pm to Texas Weazel
One of my extension cords was fricked up so I could only run a space heater at about 50%, my TV (Dish TYFYS), xbox and fridge but it was enough. Had a couple buddy heaters from hunting season and a Coleman stove and fortunately just enough propane while we were out weds-sat.

As for hurricane vs ice storm outages, I’d rather an ice storm any day. We were out 3 days in august after that storm. My generator was out at the time. Day wasn’t so bad but sleeping was miserable. In winter you just bundle up. 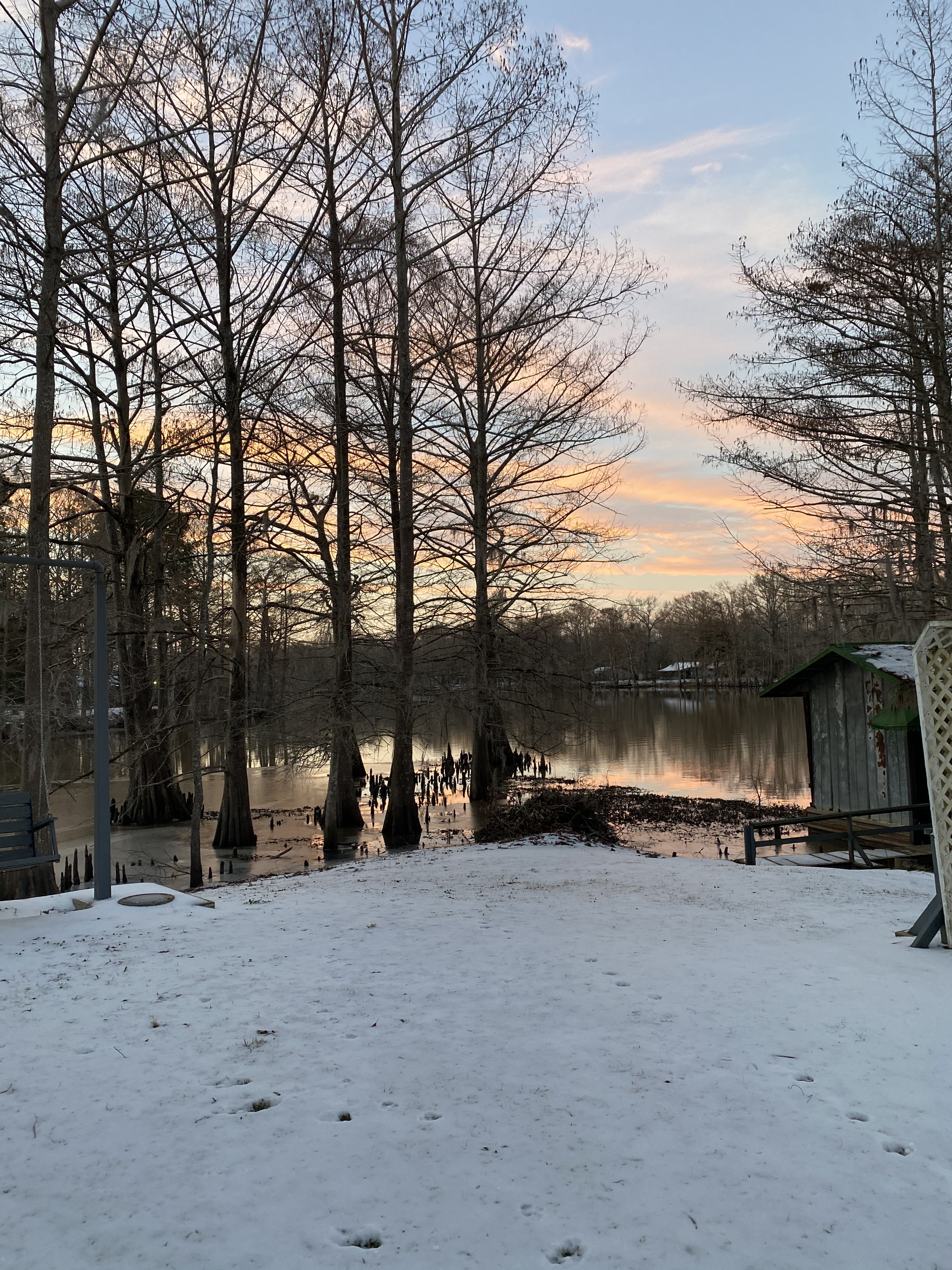 Took this on mardi gras the day before round 2. Fortunately round 1 was all sleet/snow but we got absolutely pelted with freezing rain in round 2. Fortunately they dropped sand on the main roads beforehand so the roads weren’t a total shitshow. It snows 1-2 times a year in central La but it’s been a while since we had a good ice storm.
This post was edited on 2/28 at 4:46 pm
Back to top
Reply
Replies (1)
OptionsTop
Replies (1)

re: Snow dayPosted by ShaneTheLegLechler

on 3/1/21 at 2:05 pm to S
Yeah having been through extended power outages now during an ice storm and a major hurricane I’ll take this all day. Only part that sucked was stressing about my pipes especially when it started to get closer to freezing in the house. At least I could layer up and sleep.

No power with 95 degree heat outside is the WOAT
This post was edited on 3/1 at 2:06 pm
Back to top
Reply
Replies (0)
OptionsTop
Replies (0)