0
Could be another rough year

Getting To Know The Transfers
Andrew Garcia- Andrew Garcia averaged 13.4 PPG, 6.7 RPG, and 1.9 APG last season. He made the All-America East second team, and finished his redshirt junior campaign with six double-doubles.

Now, he's headed to the University of Georgia to play for Tom Crean, as he's committed to the Dawgs, as first reported by Andrew Slater of the Athletic.

He's immediately eligible and will add a veteran ball-handler to the Georgia roster.

At 6'5, nearing 230 pounds he potentially fills the physical void left by Anthony Edwards' departure. His 1.6 steals per game last season show he's active in the passing lanes as a defender.

He's a 47% shooter from the floor, 32.1% from beyond the arc. He's never really been a volume shooter over his career. His game-high in shot attempts last season of 14 shows he fits in where he can on an effective night.

Justin Kier- Kier has 108 games of experience and 95 starts under his belt as a college basketball player. The Georgia Bulldogs won't be as young as they were a season ago, but there is still some youth and inexperience on this team. Adding a seasoned player like Kier will help this team grow up.

Kier will likely make the most impact at the 3-point line for the Bulldogs. While he only played 9 games this season for the Patriots, Kier's 45.8% from deep is still an impressive percentage. From a career stand point, Kier has shot above 35% from three point land in 3 of his 4 collegiate seasons.

On the offensive side, Kier shows a lot of potential in his ability to move without the ball, finish at the rim in traffic, and shoot consistently in catch-and-shoot situations. At 6'4 200 pounds, Kier has the perfect frame for a 2-guard in Tom Crean's system. In his 2018-2019 campaign, the last full season of basketball he's played, Kier averaged 14.5 PPG on 47.1% shooting and 6.5 RPG.

As for defense, Kier also does a solid job of making ball handlers pay for loose handles. In his career, he's averaging just above 1 steal per outing.

Expect Kier to be in great position to have a starting spot from Day 1 given his shooting ability and experience.

Jonathan Ned-
• Rated as the No. 15 junior college recruit in the nation by 247Sports.com, as well as listed at No. 49 by jucorecruiting.com.
• Started 28 of 63 games played with the Titans and scored 612 points, a 9.7 ppg average.
• Recorded 28 double-figure scoring games and five double-digit rebound performances, efforts which led to three double-doubles.
• Posted career highs of 25 points against Hartford Community College as a freshman and 17 rebounds versus TLAP Prep as a sophomore.

Mikal Starks- Coached by Jeremy Shulman at Eastern Florida State College.
• Ranked as the No. 9 junior college recruit in the Class of 2020 by 247Sports.com.
• Played in 47 games during two seasons with the Titans, starting 26 of those contests.
• Averaged 5.1 points and 3.6 assists per game while playing 22.0 minutes in those outings.
• Notched seven double-figure scoring outputs, with a career-best of 15 twice during his sophomore season.

PJ Horne- The 6-foot-7 Tifton, Ga native averaged 7.6 ppg, 4.2 rpg, and shot 44.7 percent from the field during his junior season at Virginia Tech. Horne also started in 30 games for the Hokies and will be adding a lot of veteran experience to the Georgia roster.

Horne also shot 34.9 percent from behind the arc last season, but only averaged four shot attempts from the three-point line a game. The experience that Horne is bringing to the table will be huge for the young Georgia frontcourt.

It should be noted that prior to Horne's commitment the Georgia basketball roster was already at full capacity meaning that either a player will be transferring or a current commit will no longer be coming to the University of Georgia.


It is worth noting that Ned and Starks were teammates in JUCO.

Season starts Nov. 25th. I will update when the schedule is released.
This post was edited on 1/15 at 3:29 pm
Back to top
Reply
Replies (3)
OptionsTop
Replies (3)

quote:
Not sure what to think about this team... Probably wrong anyways

Gotta give Crean credit. He went out and got a nice group of transfers.

Camara is a big key. He needs to start being a more consistent shooter.

I’m also worried that this team will suffer from very little experience playing together.

I feel like Wheeler is the only player on the team where we know what we will get. Everyone else is kind of a question mark.
Back to top
Reply
Replies (2)
OptionsTop
Replies (2)

on 9/21/20 at 4:21 pm to diddlydawg7
Haven’t been looking into much since football is under way. Has there been any announcement around basketball? I would presume they will be moving the season back to next year and doing an SEC only schedule with maybe a 1 or 2 games allowed vs in state teams to warm up.
Back to top
Reply
Replies (1)
OptionsTop
Replies (1)

on 9/21/20 at 4:26 pm to IT_Dawg
I don’t think it has been announced but that’s probably a possibility. Basketball has also been proven easier to isolate and schedule with the “proper testing” in place.
This post was edited on 9/21 at 4:33 pm
Back to top
Reply
Replies (1)
OptionsTop
Replies (1)

on 9/21/20 at 4:28 pm to Kneehigh
I thought I saw recently that it was only moving back a few weeks and starting late November. Not sure though
Back to top
Reply
Replies (2)
OptionsTop
Replies (2)

on 9/21/20 at 4:37 pm to diddlydawg7
Kinda curious to see this George Mason transfer and KD Johnson.
Back to top
Reply
Replies (0)
OptionsTop
Replies (0)

quote:
I thought I saw recently that it was only moving back a few weeks and starting late November. Not sure though

Hook me up with the sticky por favor

quote:
Someone tell me how good the team should be so I know how pissed off to get this year.

Current prediction is a bit below .500 in SEC play. It all depends on these transfers to be honest. I read a write up from a supposed “insider” who said Horne is the best player on the team and potential all SEC.
Back to top
Reply
Replies (1)
OptionsTop
Replies (1)

quote:
Horne is the best player on the team and potential all SEC. 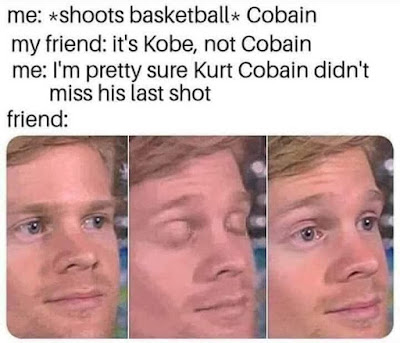 on 9/30/20 at 6:54 pm to dhuck20
it is hard to believe we will be good with this roster but grad transfers are often tough to judge.
Back to top
Reply
Replies (1)
OptionsTop
Replies (1)

on 10/6/20 at 8:05 pm to rockchlkjayhku11
I went to one game last year and sat next to an old acquaintance from school. I agreed with that what he told me. Crean has done a great job getting fans in the seats. He also has a multi-year pass to get the program on the right track. Maybe we will surprise some people.b
Back to top
Reply
Replies (1)
OptionsTop
Replies (1)

quote:
Four Georgia men’s basketball players were involved in a traffic stop on Oct. 9 that resulted in the arrest of graduate transfer Justin Kier on four traffic violations, according to a Gwinnett County Sheriff’s Office Incident Report.

According to the report, Kier was charged with driving too fast for conditions, reckless driving, aggressive driving and driving on a highway “laned for traffic.” The report stated that Kier was driving at a high rate of speed while weaving through multiple lanes of traffic on Georgia Highway 316, hitting speeds above 85 miles per hour.

Police reported that there was a “strong odor of marijuana” as they approached the vehicle. Occupants in the vehicle — three other unidentified men’s basketball players and a female — “advised they had been smoking marijuana,” according to the report.