re: Ryan Tannyhill is WOKE !Posted by Buzz Killington 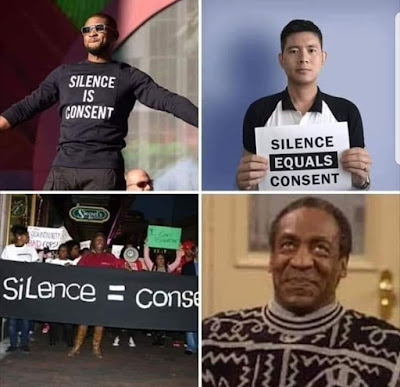 on 8/29/20 at 7:17 am to Buzz Killington
Or...you know, you could read a book by Thomas Sowell, a 90 year old black man who grew up in Harlem, and lived through Jim Crow, redlining, Civil Rights Act, affirmative action et al. He spent a portion of his youth as a Marxist and then has been writing books about and crusading against the notion of America as a fundamentally racist country for over 40 years now.

I think it’s safe to say that he is more qualified to opine on this subject than most African Americans and ANY white person anywhere in the world.

If you read his works and still believe all the Woke bull shite you and the rest of the “Progressives” peddle to the masses...you are quite literally too far gone to even attempt to reason with.

Literally the most racist thing white people can do is continue to pander to the eternal victimhood of black Americans and perpetuate the idea that they aren’t capable of becoming empowered to solve their own problems and make a better life for themselves without the help of white people.

Edit: the “you” in my rant was directed at Tannehill, not YOU, Buzz...I just realized how that looked.
This post was edited on 8/29 at 7:31 am
Back to top
Reply
Replies (0)
OptionsTop
Replies (0)

re: Ryan Tannyhill is WOKE !Posted by lewis and herschel

on 8/29/20 at 2:11 pm to varnelldude
So, when our forefathers said a "More Perfect Union", they said it because they knew then it was not nor ever would be perfect.

People who have not spent much time else where in the World, judge is on the developed, 1 at world view. The world is anything but decent, we led the way making it better a little at a time.

People being spoon fed leftist propaganda can't seem to understand that our forefathers wanted freedom and independent thought, free will. Not to be yelled down and cancelled by entitled brats who live in la la land.
Back to top
Reply
Replies (0)
OptionsTop
Replies (0)

re: Ryan Tannyhill is WOKE !Posted by deeprig9

on 8/29/20 at 3:43 pm to varnelldude
I wonder if that dumb frick was ever taught that USA was the first nation on the planet, in all of history, to ban the importation of slaves.

And also the first nation in human history to fight a civil war to end it altogether, wherein white people, by the tens of thousands, gave their lives for the cause.

What a literal cuck bitch.
Back to top
Reply
Replies (1)
OptionsTop
Replies (1)

on 8/29/20 at 5:03 pm to deeprig9
Various nations have banned slavery and slave importation long before we did.

to Everyone
Advertisement
Back to top
deeprig9


re: Ryan Tannyhill is WOKE !Posted by deeprig9

on 8/29/20 at 5:23 pm to Whiznot
Your timeline is bull shite and lacks context. Great Britain was still heavily, heavily involved in the slave trade, and was one of the reasons the new United States initially banned new slaves, as an embargo of sorts on England.

re: Ryan Tannyhill is WOKE !Posted by grey

on 8/29/20 at 6:10 pm to Whiznot
Ironically, concepts like human rights and aboliton have historically been championed by white people.

Rights for women, minorities, gays, atheists, etc continue to be strongest in the West. Historically, the US is more racially diverse and tolerant than any nation ever.

re: Ryan Tannyhill is WOKE !Posted by deeprig9

quote:
Ironically, concepts like human rights and aboliton have historically been championed by white people.

Rights for women, minorities, gays, atheists, etc continue to be strongest in the West. Historically, the US is more racially diverse and tolerant than any nation ever.

on 8/30/20 at 9:23 am to deeprig9
Man...I hate to have to agree with Whiz, but he is correct. Other nations abolished slavery before the U.S. We were unique in having an organized armed conflict to end slavery (South American countries that ended slavery after the U.S. did so with a series of insurrections).
I should also point out that there are still places in the world with not laws concerning slavery.

The Brits were out of the slavery game before we were. The Dutch continued the slave-trade long after. Ironically, King George was the roadblock to ending slavery in America before the colonies gained independence.
Back to top
Reply
Replies (2)
OptionsTop
Replies (2)

quote:
The Brits were out of the slavery game before we were

They replaced it with indentured servitude which was tantamount for up to a 10 year slavery term. Instead of Africans, they used Indians. It isnt any wonder that the abolition were just as passionate about indentured servitude.
Considering that the average lifespan for a slave at birth was 22 years, the economic output in agrarian economies was equivalent.

Life sucked for most in the 19th century. It wasn't just a US blight. It was a global blight.
Back to top
Reply
Replies (1)
OptionsTop
Replies (1)

on 8/30/20 at 11:01 am to meansonny
Yes. Indentured servitude was also a problem. And one that affected people of many races. I was strictly speaking of slavery as defined by the period of legal use of cradle to grave slavery labor and buying people to use as permanent property.

I often use indentured servitude as my counter argument when people try to isolate the period of African slavery in America as somehow the longest-running, cruelest and most heinous period of slavery in human history. It was none of things, yet somehow we have had our history re-written such that we are teaching our kids that the founding fathers had negro torture parties and government sanctioned slave flaying competitions on alternating thursdays every harvest season for 250 years.

The ironic thing about it is, all those folks who vote democrat and live off the welfare system and talk about the Man keeping them down...they are still wearing chains and living on the Plantation...voluntarily. The alternative is self-reliance and responsibility for ones own outcome, which necessitates rejecting the eternal victim status...and that sounds too much like work.
Back to top
Reply
Replies (0)
OptionsTop
Replies (0)

on 9/1/20 at 10:12 am to varnelldude
The principles that this country were founded on were solid and still are today. It's the application of those principles that were and are inconsistent because humans are imperfect creatures.

As a Christian, I abhor the black lives matter movement because it is un-Christian. I hate injustice and mistreatment of people made in God's image but the principles that this group espouses are terrible from a Christian perspective.
Back to top
Reply
Replies (0)
OptionsTop
Replies (0)

quote:
The Brits were out of the slavery game before we were

They were the #1 importer of southern cotton. They were very much in the slavery game, but it wasn't on their own soil.
Back to top
Reply
Replies (1)
OptionsTop
Replies (1)

I am not saying the British or anyone else are/were better human beings than Americans. Hell, it was because of King George that Thomas Jefferson and George Washington weren’t able to free their own slaves or pass laws to allow for abolition. G.W. abhorred slavery and freed his slaves on his death.
Back to top
Reply
Replies (0)
OptionsTop
Replies (0)