0
Malik Willis, QB (Liberty): First game will be 9/19 vs. Western Kentucky, he is competing for the starting QB job. Liberty QB Battle

Kolbi Fuqua, LB (Jacksonville State): First game is at Florida State on 10/3. JSU roster says Fuqua has bulked up to 212 and is a linebacker now.

Cam'Ron Kelly, DB (North Carolina): Expected to start in the secondary for UNC. First game is 9/12 vs. Syracuse.

John Broussard, DB (Memphis): Still listed on roster, but did not record a stat in their 37-24 win over Ark St.

Joey Gatewood, QB (Kentucky): He is still awaiting an eligibility waiver from the NCAA to play this season. He will probably be Terry Wilson's backup even if eligible. They play us first on 9/26.

Boobee Whitlow, RB (Western Illinois): He isn't listed on their roster, but they have also postponed their 2020 season. Multiple sources have reported his transfer to the Leathernecks.

Jashawn Sheffield, WR (Mid Tenn St): He did not record any stats in their 42-0 loss to Army.

Marquis McClain, WR (Southern): SWAC has postponed their football season until the spring.

Marlon Character, DB (Louisville): He should start or at least contribute again in Louisville's secondary. They open play on 9/12 vs. Western Kentucky.

Kayode Oladele, DE/OLB (Memphis): He recorded no stats in a win vs. Ark St.

Justin Osborne, OL (SMU): He is on the roster, not sure if he played on their win over Texas State.

Stephen Davis, Jr., LB (NC A&T): He is on their roster, looks like the MEAC cancelled their fall football season.

If you fellas know of a player that I missed, add them to the thread. I will update on Sundays throughout the season.
This post was edited on 9/6 at 12:04 pm
Back to top
Reply
Replies (5)
OptionsTop
Replies (5)
Share:

on 9/6/20 at 7:49 am to BuckFama334
Im in. Not sure if I can contribute anything useful but I will add witty commentary, do fact checking and occasionally piss people off


Its what I do


In turn, I am pulling for all these guys, hoping for a big season for Malik Willis
This post was edited on 9/6 at 7:51 am
Back to top
Reply
Replies (2)
OptionsTop
Replies (2)

on 9/6/20 at 7:55 am to LanierSpots
Ha. Make sure you sprinkle in some COVID/Political/Racial comments. People love that shite.
Back to top
Reply
Replies (0)
OptionsTop
Replies (0)

on 9/6/20 at 7:59 am to LanierSpots
I thought Malik would have already locked down that job.

He should put up some silly stats playing their schedule, like 1000 yards rushing. We know he likes to keep on the read option regardless of the read. Lol.
Back to top
Reply
Replies (1)
OptionsTop
Replies (1)

quote:
I thought Malik would have already locked down that job.

Who knows. He took Roswell to the state championship in Georgia in the hardest region as a first year QB. He took up the position because their starter went out early in the fall. He basically won the game but left less than a minute on the close for Grayson to take the ball down the field on their defense and win. Heartbreaking. His high school coach from Roswell retired and works fo me now

Malik is a great kind and I want to see him do well.

Some of these kids will be in college 10 years after all these transfers, sitting out the covid year. IE Boobie and NCM 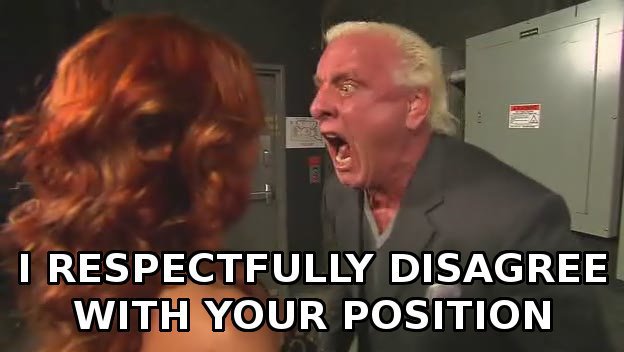 Is Michael Harris still at EKU after the body slam incident

Charles Moore (DE) is still with Oregon State. His name is in the transfer portal though

Harris is not on EKU's roster, he may be headed to prison.

Charles Moore is definitely gone from Oregon State. I couldn't find where he surfaced, probably a mental health facility.

Osborne, Jackson, and Character will be added.
Back to top
Reply
Replies (1)
OptionsTop
Replies (1)

re: Tracking Transferred TigersPosted by TheJones on 9/6/20 at 9:59 am to BuckFama334
Kayode Olade signed with Auburn but enrolled at Memphis due to grades/classes issues from high school. I might be the only one that remembers that guy

I found a few more but their seasons were canceled. Stephen Davis Jr is somehow still playing football

Edit: Ferrar looks up in the air. He’s apparently at TCU but hasn’t been part of the program. He’s requesting a waiver and looks like he’ll be added to the roster if that’s granted
This post was edited on 9/6 at 10:01 am
Back to top
Reply
Replies (0)
OptionsTop
Replies (0)

quote:
His high school coach from Roswell retired and works fo me now


My super rich uncle lived in Roswell before he retired, cousins went to HS there. I haven't been in like 15 years, but I was under the impression that it was a Mountain Brooke-esque town?
Back to top
Reply
Replies (1)
OptionsTop
Replies (1)


re: Tracking Transferred TigersPosted by TTsTowel on 9/6/20 at 10:15 am to BuckFama334
I think we have 3 former Auburn Tigers on Memphis’ team.

Asa Martin is definitely one, and I think a former DB and DL...
Back to top
Reply
Replies (1)
OptionsTop
Replies (1)

quote:
but I was under the impression that it was a Mountain Brooke-esque town?

I dont know what that means bowl..... Its a fairly uppidy area if that is what you are getting at
Back to top
Reply
Replies (0)
OptionsTop
Replies (0)

re: Tracking Transferred TigersPosted by makersmark1

re: Tracking Transferred TigersPosted by AUcs13

on 9/8/20 at 5:20 am to AUcs13
Good question. I don't know that anything was really published as to why. I kind of assumed that he was in the doghouse with Malzahn because all signs pointed to him getting significant playing time the next season.

I thought he was better than TD Moultrey in his one season here.
Back to top
Reply
Replies (0)
OptionsTop
Replies (0)

They play at 11 CST vs. Western Kentucky on ESPNU for those interested.
Back to top
Reply
Replies (1)
OptionsTop
Replies (1)

quote:
Had an accurate back shoulder throw to set up the TD.


I should’ve never doubted Lanier at all.
Back to top
Reply
Replies (2)
OptionsTop
Replies (2)