on 2/4/21 at 12:44 pm to VoxDawg
I have had the BGE large 8 years now and has been awesome. I added the pit barrel smoker a couple years ago, and the weber kettle, and just got the 36 BlackStone for Christmas and love it.
For the game
Smoked Queso and of course lots of wings

quote:
I spent a year at BGE corporate as a volunteer at their Culinary Academy,


Some volunteer at homeless shelters or food banks.
Maybe play board games with the nursing home residents one night a week.

on 2/4/21 at 2:17 pm to Jefferson Dawg
Don't get me wrong, no one's feigning altruism, here. We were each paid in $25 gift cards for the BGE retail store each day for helping for a couple of hours prep for the classes they taught, and got to work with some amazing visiting chefs.

It paid for our Chiminea, and a bunch of other stuff, but the experience was more where it's at.

quote:
Ok, just for you Spiffaroo. It’s time for a change of scenery anyway

on 2/4/21 at 3:25 pm to VoxDawg
This is gold. It's like a real life Dr. Rick Progressive insurance commercial

They made all the volunteers wear matching green aprons didnt they?
Back to top
Reply
Replies (0)
OptionsTop
Replies (0)

Damn, dude. Spring for the official PVC cover from your local dealer. We're closing in on Year 9, and all we've done is replaced the gasket. Smokeware has a great high-temp Nomex + scraper tool kit on their site.


It’s been on a screened porch since a bought it. Just the band are showing a little rust and the bottom vent screen is shot out. There are times when the weather is nice my egg sees 4-5 nights of action per week.
Back to top
Reply
Replies (0)
OptionsTop
Replies (0)

quote:
For the game
Smoked Queso and of course lots of wings

What’s the secret for wings on the egg?

I’ve tried them on there a couple times, but have always been disappointed

on 2/5/21 at 4:19 am to deeprig9
I like taking my little bastard dogs for walks up in the hills when I go prospecting for ore. Found the motherlode last week!

Truly magical when you crank your BGE up to 1800 degrees, throw that earthy money on top, and watch the slag start to burn a hole in the side!
Back to top
Reply
Replies (0)
OptionsTop
Replies (0)

to Everyone
Advertisement
Back to top
baconwaffle


WWGDWGT
“Where we grill dumb, we grill tard”
Back to top
Reply
Replies (1)
OptionsTop
Replies (1) 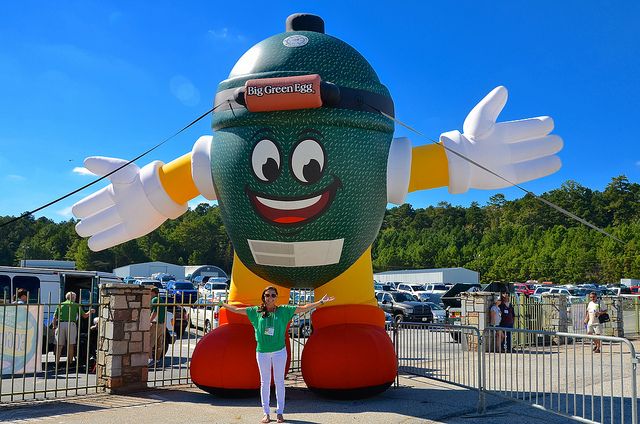 on 2/5/21 at 5:38 pm to Jefferson Dawg
So I got a Kamado Joe does that mean I can not participate in this rib off? I won it at work and it has been phenomenal eating. New to BBQ and smoking but I made some mean pork spare ribs for the bowl game. It’s been a whole lot easier to work then I expected it to.
Back to top
Reply
Replies (1)
OptionsTop
Replies (1)

quote:
So I got a Kamado Joe does that mean I can not participate in this rib off?

Thank you MSGADawg5988. You're in. Because we want as many different contraptions as possible.

Here it is. we all know that "Ocho" is mexican for the number 8, right?. WHich represents the 8th installment of our franchise. Rib-Off 8: The Ocho.

BUt the ancient Cherokee indian of northern GA also had a word Ocho in their dialect. And what these warrior peoples called "Ocho" was this sacred cooking device thing used before midnight slaughtering raids of rival tribes that had encroached on their shite or disrespected them. The Cherokee believed that cooking on the Ocho before battle would conjure the spirit God of war.

Long story short. Different grills, smokers, whatever are encouraged more than ever this year. We are going to determine which grill is best and which grills suck balls. Through battle.

Aka One Rib-Off to decide them all, sons

-hosted by K9
-with special appearances by bbQ-Anon

on 2/5/21 at 6:49 pm to Jefferson Dawg
I accept the hosting responsibilities with gratitude.

I also request entry to the competition. I will be using a masterbuilt gravity series.

I look forward to competing against guys I grew up watching grill. Legends of the game like litigator, squatch, rigs son, etc 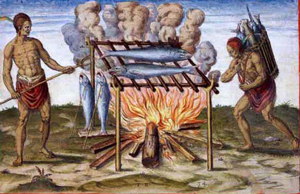 on 2/6/21 at 6:24 pm to K9
I will be smoking Bacon wrapped pickled watermelon rinds as an appetizer before I even get serious

Are they considered cool or is this a Dr Rick moment

I believe this is a good song,right here——> LINK

on 2/6/21 at 7:16 pm to Jefferson Dawg
Futurebirds are very good. The guy that sings that song is my least favorite singer of the three though. You would like Trippin off their new album if like that one.

Some of my favorites


They also do an awesome cover of The Band's Christmas Must Be Tonight. Sung by the dude I don't like but still really good.

quote:
Are they considered cool or is this a Dr Rick moment

They are considered cool.
Back to top
Reply
Replies (0)
OptionsTop
Replies (0)