No. 25 Alabama baseball (3-0) finished its season-opening series against McNeese State (0-3) on Sunday afternoon in Sewell-Thomas Stadium with a 9-5 win, sweeping the series for the Crimson Tide over the Cowboys.....
Back to top
Reply
Replies (1)
OptionsTop
Replies (1)

Alabama used the long ball once again as three home runs powered the Crimson Tide to a 9-5 win over McNeese on Sunday afternoon at Sewell-Thomas Stadium. The getaway day victory clinched the series sweep for UA.

The duo of Owen Diodati and Zane Denton homered for a second consecutive day with Drew Williamson joining in with a roundtripper of his own. Diodati finished with a team-high four RBI thanks to his grand slam while adding two runs to match Denton for the team-high mark in that category. Denton's homer came as part of a 3-for-4 effort that included two RBI to go with his pair of runs. Williamson was the first of the group to homer, sending a shot over the wall in right to help him post an RBI and one run scored.

Dylan Smith turned in a solid start for the Crimson Tide as the junior worked 4.2 innings, allowing two runs on five hits and a walk with a career-high five strikeouts. He was followed by freshman Grayson Hitt (1-0) who picked up the win thanks to his 3.0 innings of work that included four strikeouts. Brock Guffey came in for the final 1.1 frames and recorded two punchouts to pick up the save.

Alabama now takes to the road for the first time this season as the Crimson Tide travels to Jacksonville State on Tuesday, Feb. 23. The in-state pairing is set for a 4 p.m. CT first pitch at Rudy Abbott Field.
Back to top
Reply
Replies (1)
OptionsTop
Replies (1)

on 2/21/21 at 6:14 pm to TideSaint
Post game press conference with Coach Bohannon and Owen Diodati
Back to top
Reply
Replies (1)
OptionsTop
Replies (1)

Nate Fisbeck went 3-for-5 at the plate with a double, RBI and run scored and McNeese out-hit 25th-ranked Alabama for the second time this weekend, but the Crimson Tide used the long ball for the second straight game to pull out a 9-5 win over the Cowboys.

Alabama right fielder Owen Diodati, who hit a two-run, eighth inning home run in Saturday’s game to tie it a 3-3, came up big again on Sunday with a one out, sixth inning grand slam to turn a 5-4 lead into a 9-4 advantage. That came one inning after Zane Denton, Saturday’s hero with his walk-off home run, hit a two-run homer in the fifth inning to put his team up 5-4 through five innings.

Brody Strahan (0-1) took the loss out of the bullpen, giving up two runs in the fifth inning as Alabama went ahead 5-4 after the Cowboys went up 4-3 in the top of the fifth.

Game Scoring:
The Cowboys struck first with a run in the second inning after Jake Dickerson (BB) and Whelton (single) reached to lead off the inning. Dickerson advanced to third on Whelton’s single. Julian Gonzales laid down a perfectly placed sacrifice bunt to score Dickerson and put the Cowboys up 1-0.

Alabama tied it in the bottom of the 2nd then scored two runs in the fourth to go up 3-1.

McNeese retook the lead in the top of the fifth with three, two-out runs to go up 4-3. Payton Harden got things going with his first hit on the season, an infield single to the pitcher. Fisbeck followed with a double down the left field line to score Harden and cut the Alabama lead to 3-2. Clayton Rasbeary tied things at 3-3 with an RBI single to right field that scored Fisbeck. Tré Obregon kept the rally going with an RBI double to score Rasbeary and put McNeese on top 4-3.

Alabama went back on top in the bottom of the inning when Zane Denton, who hit the walk-off home run in Saturday’s game, popped a two-out home run to left field to put the Crimson Tide up 5-4.

Diodati’s grand slam in the sixth added to the lead to make it 9-4 before McNeese attempted another two-out rally in the eighth inning.

Dickerson and Whelton both reached after getting hit by a pitch in consecutive at bats. Nate Collins then got a pinch-hit single to load the bases and Jordan Yeatts followed to draw a pinch-hit walk to score Dickerson and make it a 9-5 game. The rally ended after Alabama brought in a new pitcher and got Collins to groundout to shortstop.

Weekend Numbers:
Both Rasbeary and Whelton wrapped up the opening weekend hitting .400 or better – Rasbeary at .417 and Whelton at .400. Fisbeck is hitting .357 and Dickerson .333.

on 2/22/21 at 9:31 am to SummerOfGeorge
Alabama Baseball has Discovered a New Hero in Zane Denton

Diodati batted an even .300 over the weekend with three hits in 10 at-bats. Two of those three hits were home runs, with the first being a crucial game-tying two-run home run to right-center field on Saturday, setting the stage for a walk-off home run by sophomore third baseman Zane Denton in the ninth.

Diodati's second home run came on Sunday afternoon in the form of a sixth-inning grand slam over the fence in left field. Prior to the home run, the Crimson Tide was winning 5-4, but the grand slam sealed the deal and created a leads that the Cowboys could not overcome.

For the weekend, Diodati finished with four runs and a team-leading six RBIs. Congratulations to Diodati for earning this week's honor.
This post was edited on 2/22 at 11:10 am
Back to top
Reply
Replies (0)
OptionsTop
Replies (0)

to Everyone
Advertisement
Back to top
Alabama_Fan

quote:
#22 in the Baseball America poll

Moving in the right direction! The additional details:

Alabama Baseball Moves up to No. 22 in Latest Baseball America Poll

After its opening weekend sweep of McNeese State, Alabama baseball is moving up in the latest rankings.

The Crimson Tide started the season at No. 25, but with its 3-0 record has moved up three spots to No. 22 in the nation according to the latest Baseball America poll.

A total of nine SEC teams rank in the top 25, with Alabama being the lowest on the list. Along with new-No. 1 team Ole Miss, Vanderbilt lands at No. 4 while Arkansas sits at No. 6. Just behind the Razorbacks is Florida at No. 7, and behind it Mississippi State at No. 8.

The final three SEC teams ranked higher than Alabama are No. 13 LSU, No. 16 South Carolina and No. 17 Tennessee.

One team is added to the top 25 this week in East Carolina at No. 24, who swept Rhode Island to open its season. The only team to fall out of this week's poll is Central Florida,
Back to top
Reply
Replies (1)
OptionsTop
Replies (1)

The Crimson Tide travels to Jacksonville State on Tuesday followed by a matchup at home against UT-Martin on Wednesday.


TUSCALOOSA, Ala. – Alabama baseball takes to the road for the first time this season when the 22nd-ranked Tide travels to Jacksonville State on Tuesday, Feb. 23. The Crimson Tide and Gamecocks are set for a 4 p.m. CT first pitch at Rudy Abbott Field with the game airing live on ESPN+. Following the quick roadtrip, the Tide will return home to Sewell-Thomas Stadium on Wednesday to host UT-Martin at 3 p.m. Fans can catch the contest with the Skyhawks live on SEC Network+ with the pairing of Roger Hoover and Lance Cormier on the call.

Alabama welcomes Wright State to Tuscaloosa from Feb. 26-28 to close out the month. The Crimson Tide and Raiders are set for a 3 p.m. first pitch in the opener followed by a 2 p.m. start on Saturday at The Joe. Things wrap up on Sunday at 1 p.m. with all three games airing live on SEC Network+.
Back to top
Reply
Replies (1)
OptionsTop
Replies (1)

JACKSONVILLE – After a makeshift season-opening weekend, Jacksonville State continues its season-opening homestand with a Tuesday tussle with in-state rival No. 22 Alabama on Rudy Abbott Field at Jim Case Stadium.

First pitch is set for 4 p.m. Tickets are available online at JSUGamecockSports.com and at the Jim Case Stadium ticket office. The game will also be streamed on ESPN+ and aired on the Gamecock Sports Network.

The Gamecocks will be looking to shake off a pair of one-run setbacks during the first weekend of the season after falling to Southern Illinois, 8-7, in Friday's season debut and Tennessee Tech rallying late for a 5-4 decision. JSU downed Alabama State on Saturday, 5-3. The Gamecocks were scheduled to open the season at Baylor, but winter weather conditions in the state of Texas caused a schedule switch. One of the luxuries of having a facility like JSU's home is that the program is able to play many games due to the field turf after many teams across the country were not able to get on the field due to the winter weather that swept through the nation last week. Jax State was able to find three other teams for the weekend in Jacksonville for a three-day, six-game event....
Back to top
Reply
Replies (3)
OptionsTop
Replies (3) 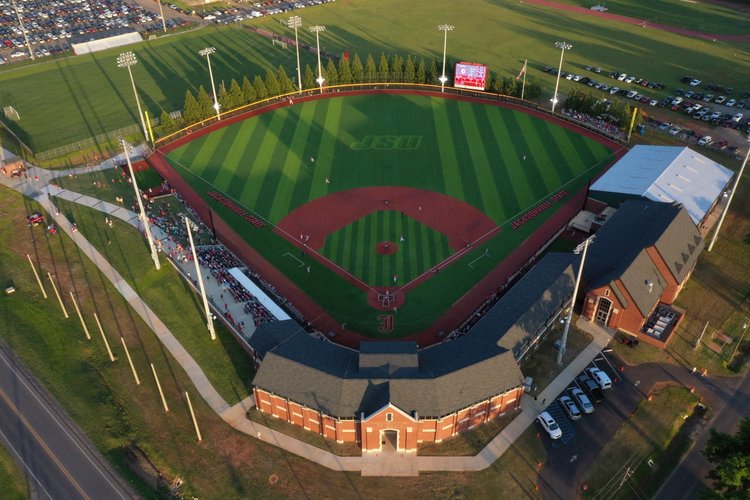 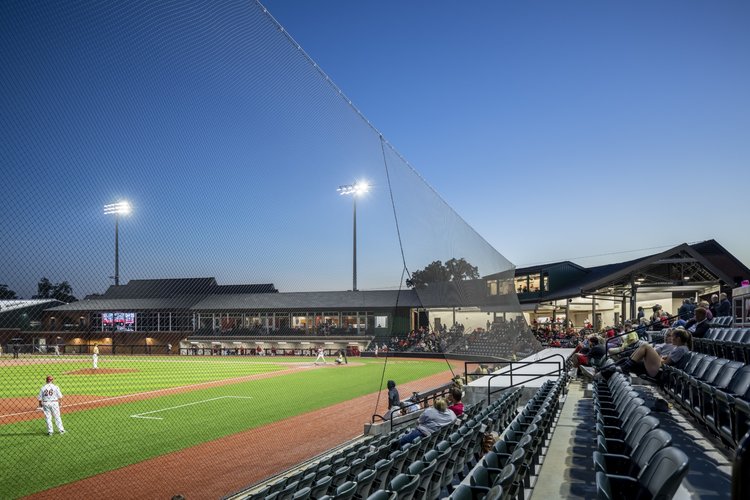