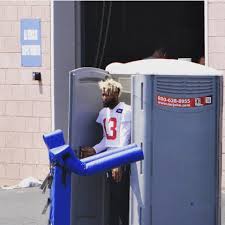 to Everyone
Advertisement
Back to top
3down10


re: Odell Beckham’s new cribPosted by 3down10

quote:
Got any gifs of those 2 drops Jeudy had last night?

quote:
OBJ: 3 catches for 22 yards Jeudy, a rookie in his first game: 4 catches for 56 yards, and 1 pair of Kristian Fulton’s ankles

Dont forget to mention Juedy’s two wide open dropped first down targets In the last 4 minutes of the game that would have locked up the win for his team.
Back to top
Reply
Replies (1)
OptionsTop
Replies (1)

quote:
Dont forget to mention Juedy’s two wide open dropped first down targets In the last 4 minutes of the game that would have locked up the win for his team.


LSU fans comparing a guy playing his first game to a guy who is still living off the attention he got from a catch damn near ten years ago.

OBJ is one of the most disappointing players in the NFL, no matter what team he's on.
Back to top
Reply
Replies (0)
OptionsTop
Replies (0)

on 9/16/20 at 9:22 am to Riseupfromtherubble
all of jeudys yards came off that play before halftime where the titans where playing max prevent. he realy had 15-25 yards
Back to top
Reply
Replies (0)
OptionsTop
Replies (0)

on 9/16/20 at 11:25 am to Mud_Till_May
I think most LSU fans will tell you that the dude has regressed and he is more worried about his social life than his play on the field.

The shite he pulled at the National Championship game was a clown show. Couldn't win the natty when he was in school so lived vicariously through those kids.
Back to top
Reply
Replies (0)
OptionsTop
Replies (0)

Latest SEC Headlines »
Updated College Football Rankings - Week 4 (Sept. 20)
SEC Football Game Week is here.
SEC Releases Early Schedule For CBS Games This Fall
Seven SEC Teams Ranked In The Preseason AP Top 25
The 2020 Preseason Coaches Poll Has Been Released
SEC Announces New Preseason Football Practice Schedule
Sports Lite »
Paul Finebaum Calls This SEC Program A ‘Sneaky’ College Football Playoff Team
Can't anybody be sneaky this year?
Kentucky High School Basketball Is Getting Rid Of The Jump Ball For A Coin Toss Instead
Drew Brees Says He Pays Absolutely No Attention To This Stat...
Lane Kiffin Reveals What Has Changed In The SEC Since He Left Alabama
Golfer Paige Spiranac Is All Ready For Fall In Hot Arizona
Popular
Nick Saban’s Daughter Made Some Changes To His Desk After Seeing It On MNF
Ah, much better.
One College Football Program’s Season Is Already Over After 3 Games
Ole Miss 'Icing Out' Their Uniforms For Lane Kiffin's Debut
Updated College Football Rankings - Week 4 (Sept. 20)
Back to top